Pz Kpfw I Ausf A with 2cm Breda 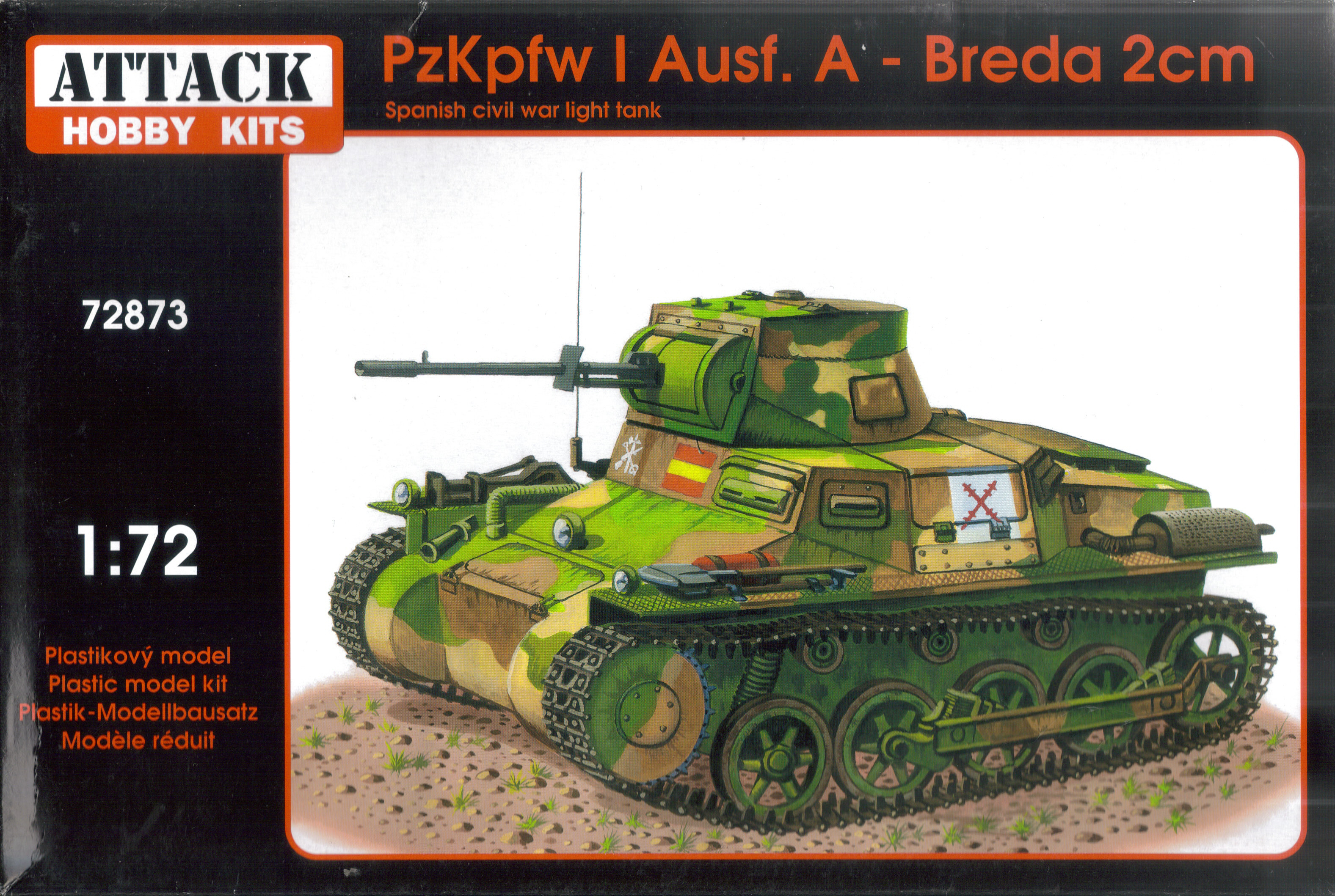 The Pz Kpfw I was the first of the German panzers and was intended as a small tank for training purposes. In the event it was also extensively used in combat initially during the Spanish Civil War and then into the early part of WWII in the Polish, French, Norwegian, Balkan and African campaigns, being mainly employed in a reconnaissance role. This particular version depicts an Ausf A fitted with the Italian 2cm Breda gun used during the Spanish Civil War.