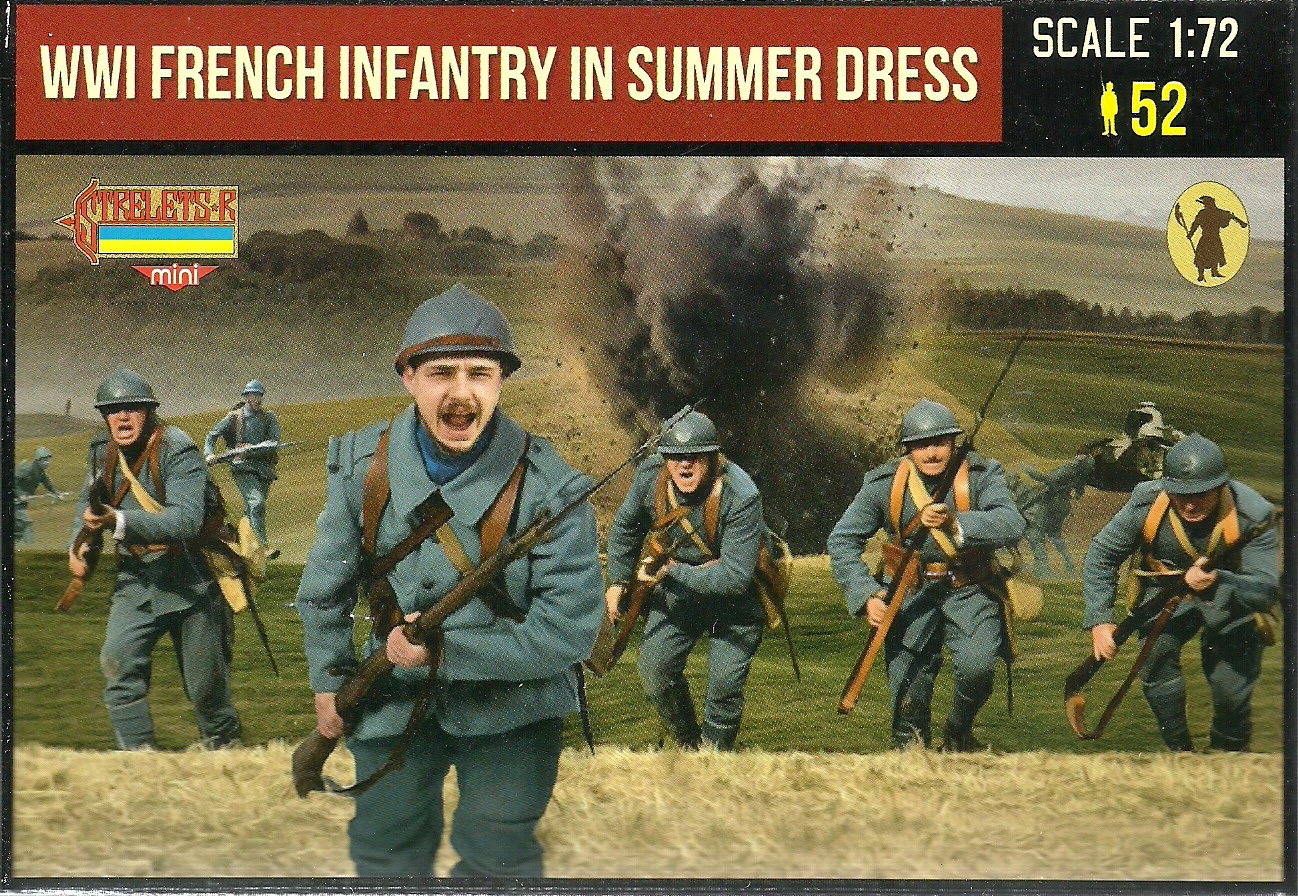 The kit includes 48 figures moulded in light blue plastic in 12 poses with 4 of each pose. The figures wear single breasted tunics rather than the normal capote or great coat which was issued from 1915 onwards. They also wear Adrian helmets. Most of poses are moving or advancing poses with most men armed with rifles and bayonets. There are a couple of poses of men standing firing rifles. An officer is included armed with a pistol as well as a man armed with a Chauchat light machine gun.