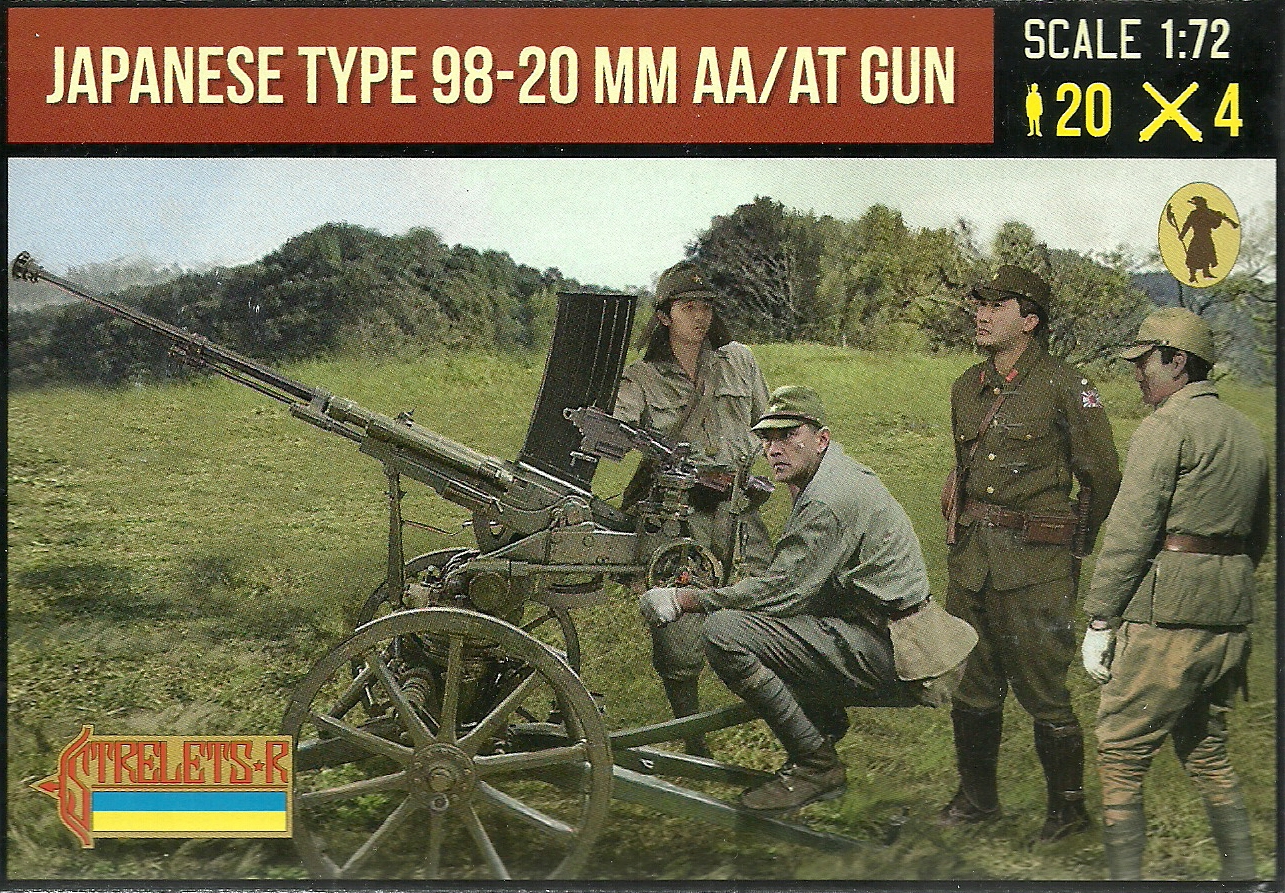 The kit includes four 20mm Type 98 Anti Aircraft guns and 20 figures in light brown, medium plastic in 5 poses. The 20mm Type98 was the most common Japanese light anti-aircraft gun in use. It was introduced in 1938 and used until the end of WWII. Four crew poses are standing and one is the seated gunner include four of each pose. One standing pose holds an ammunition magazine while two others appear to be directing fire or issuing orders.