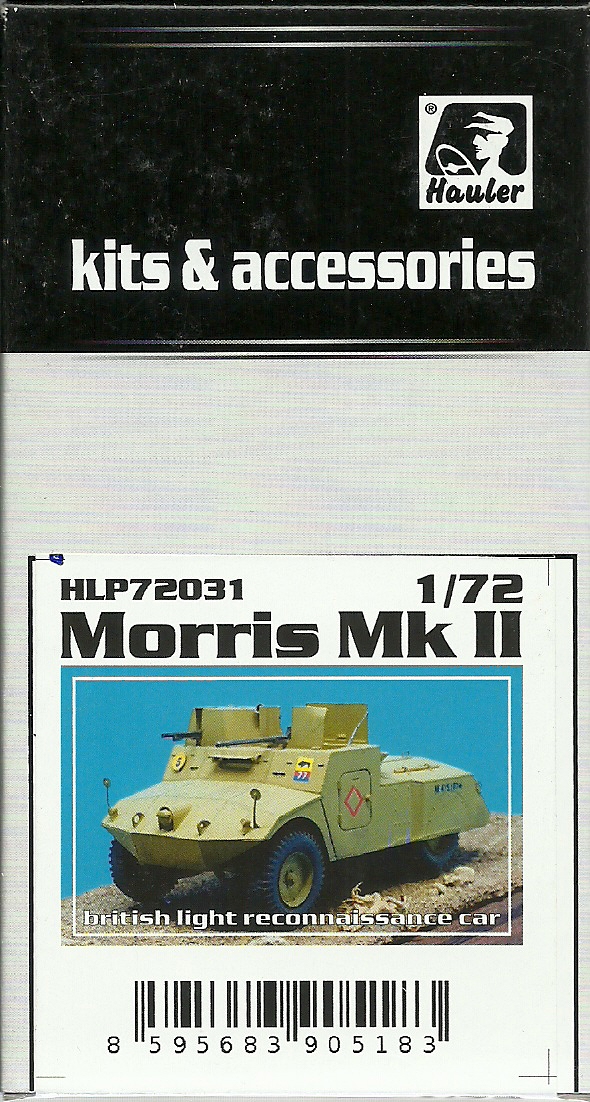 The Morris Light Reconnaissance Car (LRC) was British light armoured car used for reconnaissance and scouting during WWII. The Morris had a crew of three with the driver sitting in the middle, a bren gunner sitting on the right and a gunner with a Boys 0.55inch anti tank rifle on the left. Between 1940 and 1944 around 2,200 Morrris LRC were built serving in North Africa, North West Europe and some RAF regiments. The Mk II featured 4 wheel drive. Resin and brass etched kit.