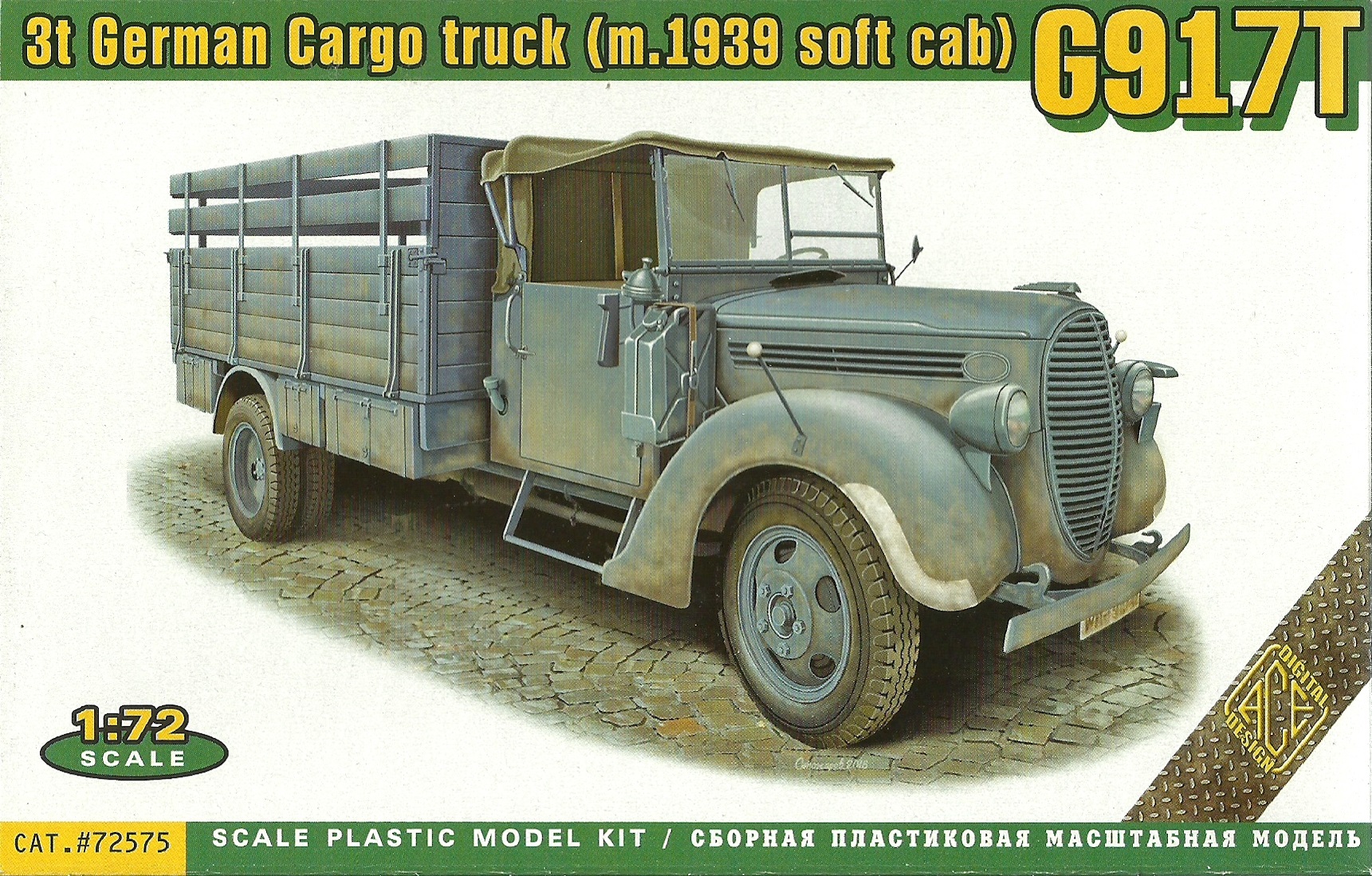 The G917T was a German 3ton 4x2 truck produced by Ford in Cologne. Originally produced in the US in 1938, the German version was slightly modified including the continuous front bumper and its distinctive oval grille. It was rear wheel drive and powered by a 3.6litre Ford V8 engine producing 90HP. It was sometimes known as the Ford Uniform Truck. They were supplied with both closed and open cabs and could also be converted to run on gas. This kit depicts a model 1939 G917T with a soft cab.