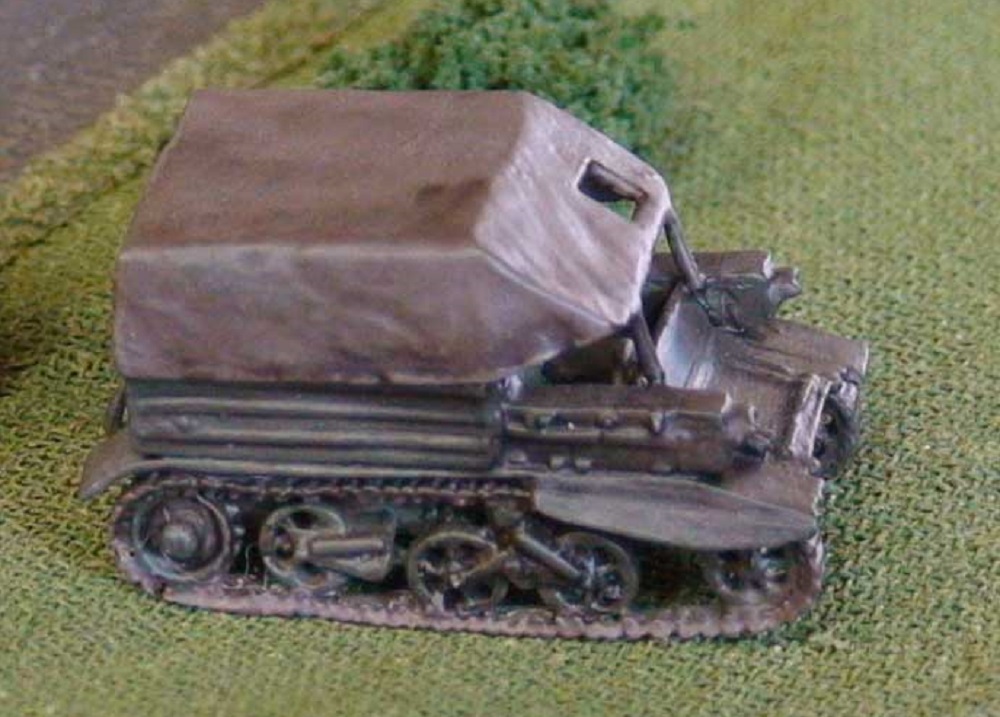 The Light Dragon Mk III derived its name from its purpose. Designed as an artillery tractor the 'Drag-gun' was used by the BEF in France and Belgium in 1940. Looking very like a Universal Carrier, the Dragon was used to tow smaller artillery pieces like the 3.7" howitzer. Later Dragons such as the Mk IV were used for larger guns. The Mk III was used to tow the 25 and 18 Pounder as well as the 2 Pounder Anti tank gun. Kit is cast in white metal and includes separate canvas cover.