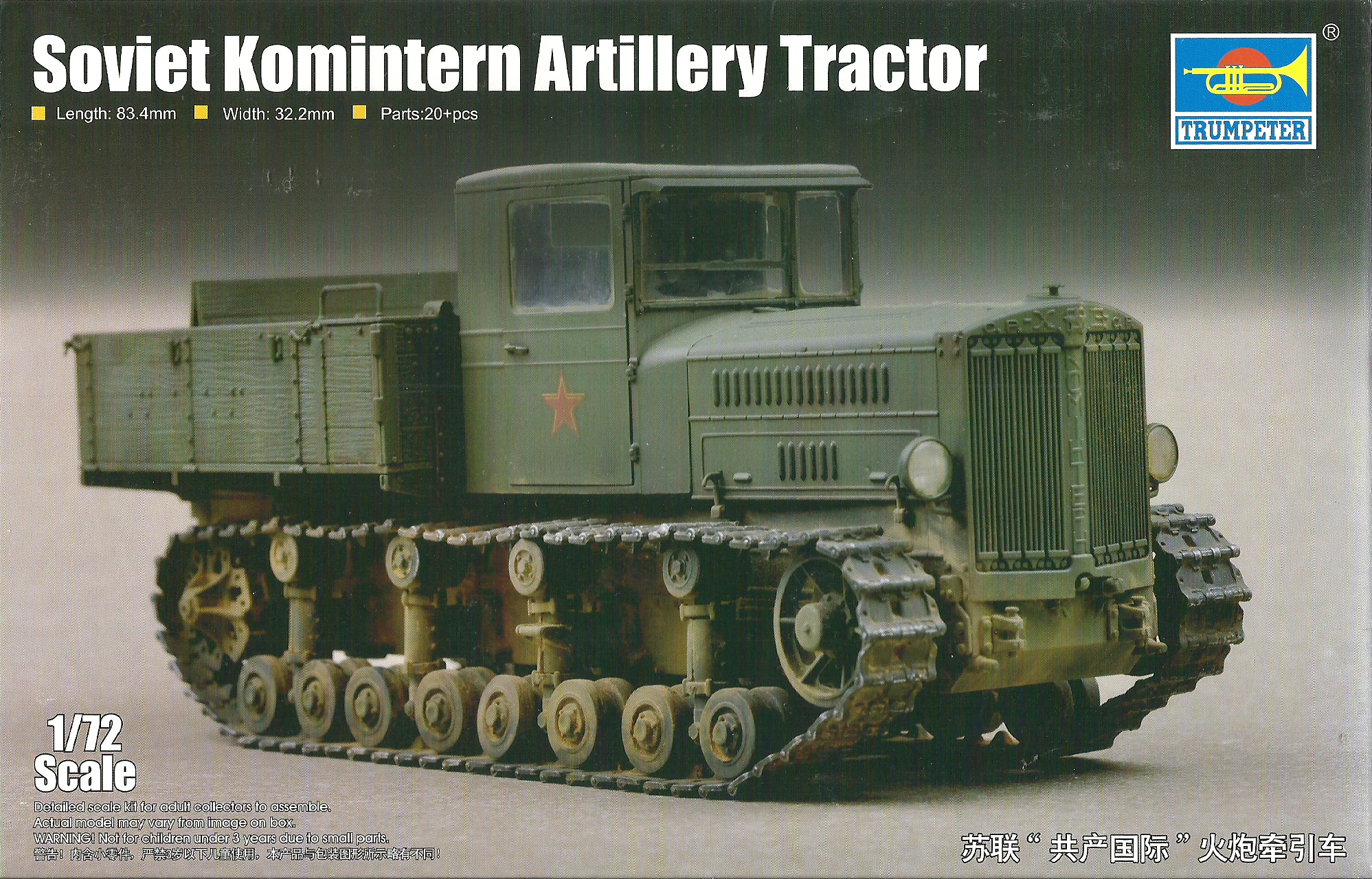 By combining the suspension of the T-12 (and later the T-24) and the superstructure of the ZIS-5, the Red Army came up with a new artillery tractor known as the KhPZ Komintern. Powered by a 131 bhp engine with 4 cylinders, the Komintern could achieve a maximum speed of 30 kph with a range of 220km. 1,800 Kominterns were produced between the early 1930s and 1940 where production ended. They were used to tow medium artillery pieces like the 152mm howitzer.