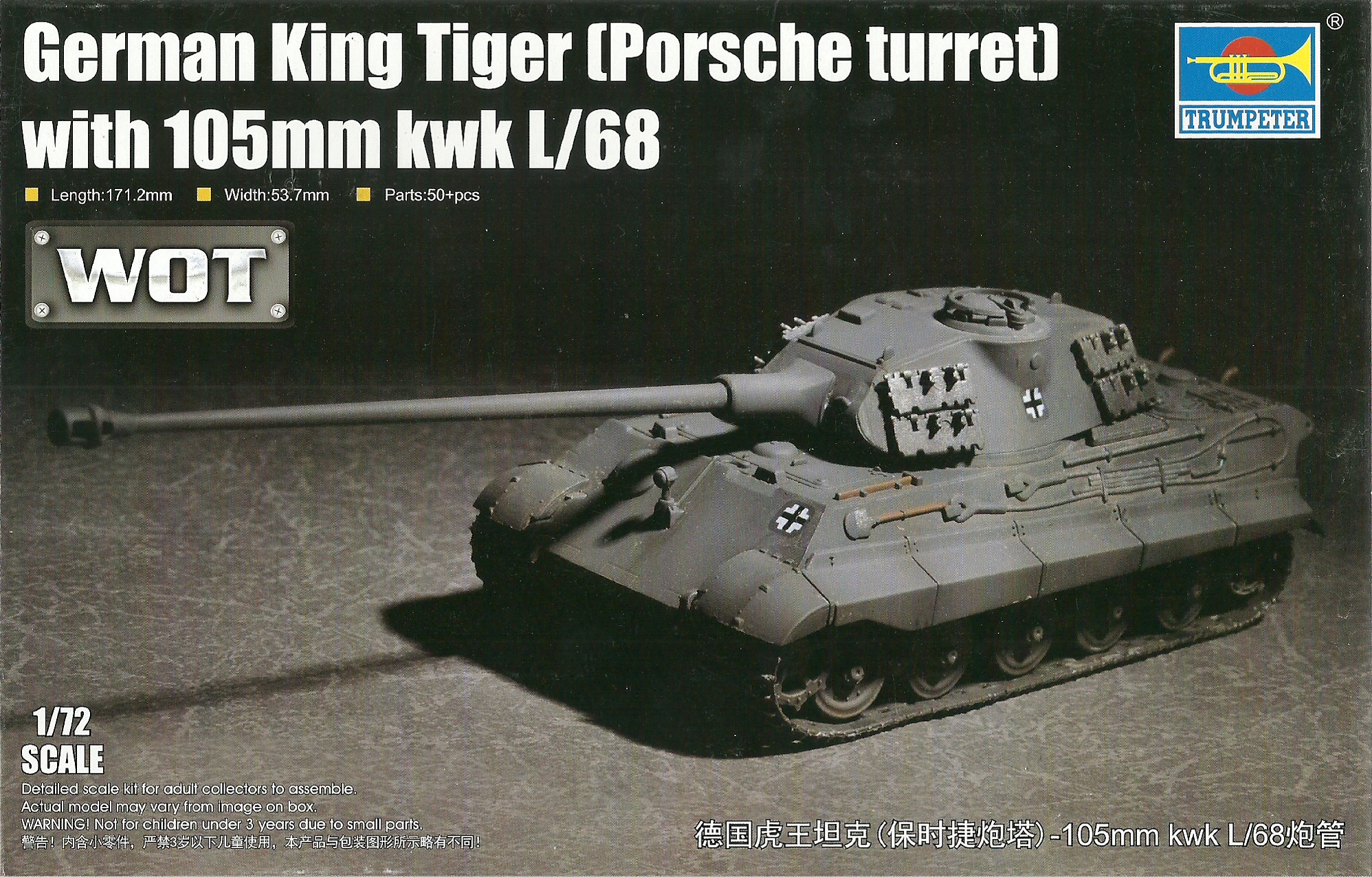 The Tiger II (Sd Kfz 182) was ordered in January 1943 to provide a tank capable of housing the 8.8cm L/71 gun. The first 50 King Tiger produced had the original Porsche designed turret. This "World Of Tanks" version of the King Tiger, which was never produced, brings together the King Tiger chassis and the 105mm KwK L/68 gun for a "what if" kit. The design was proposed in 1944 but there were problems fitting the gun into the tank and the plan was abandoned.