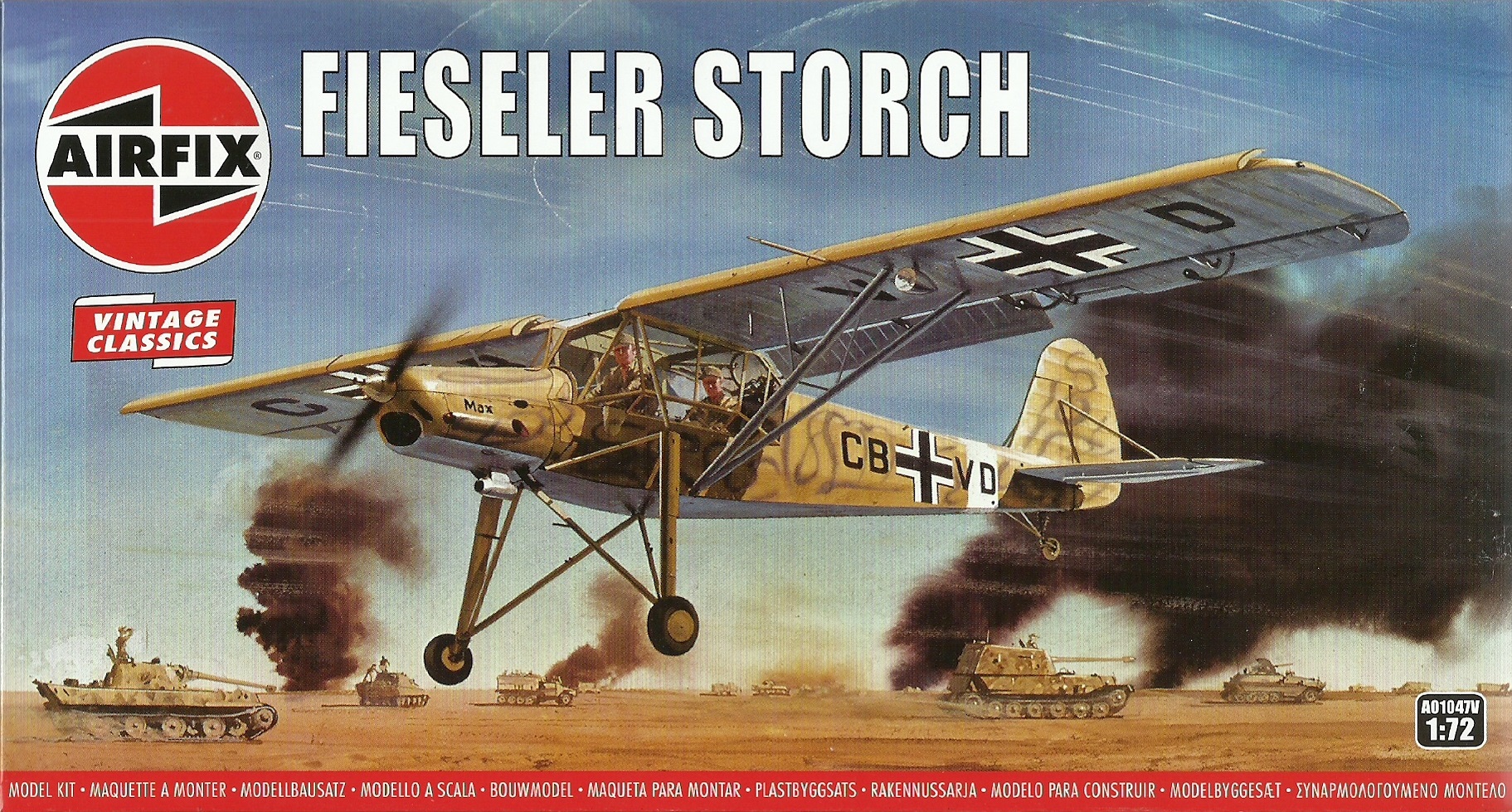 The Fieseler Fi 156 Storch ("Stork") was the most successful short take off and landing aircraft produced during WWII. The Storch entered service in 1937 and was produced as a liaison aircraft or forward air control. Capable of flying at 109mph the Storch could land in 30m and take off in 80m. The shock absorbers could compress by 45cm allowing the aircraft to land almost anywhere. With its low landing speed, the Storch could appear to almost land vertically or even backwards in strong headwinds