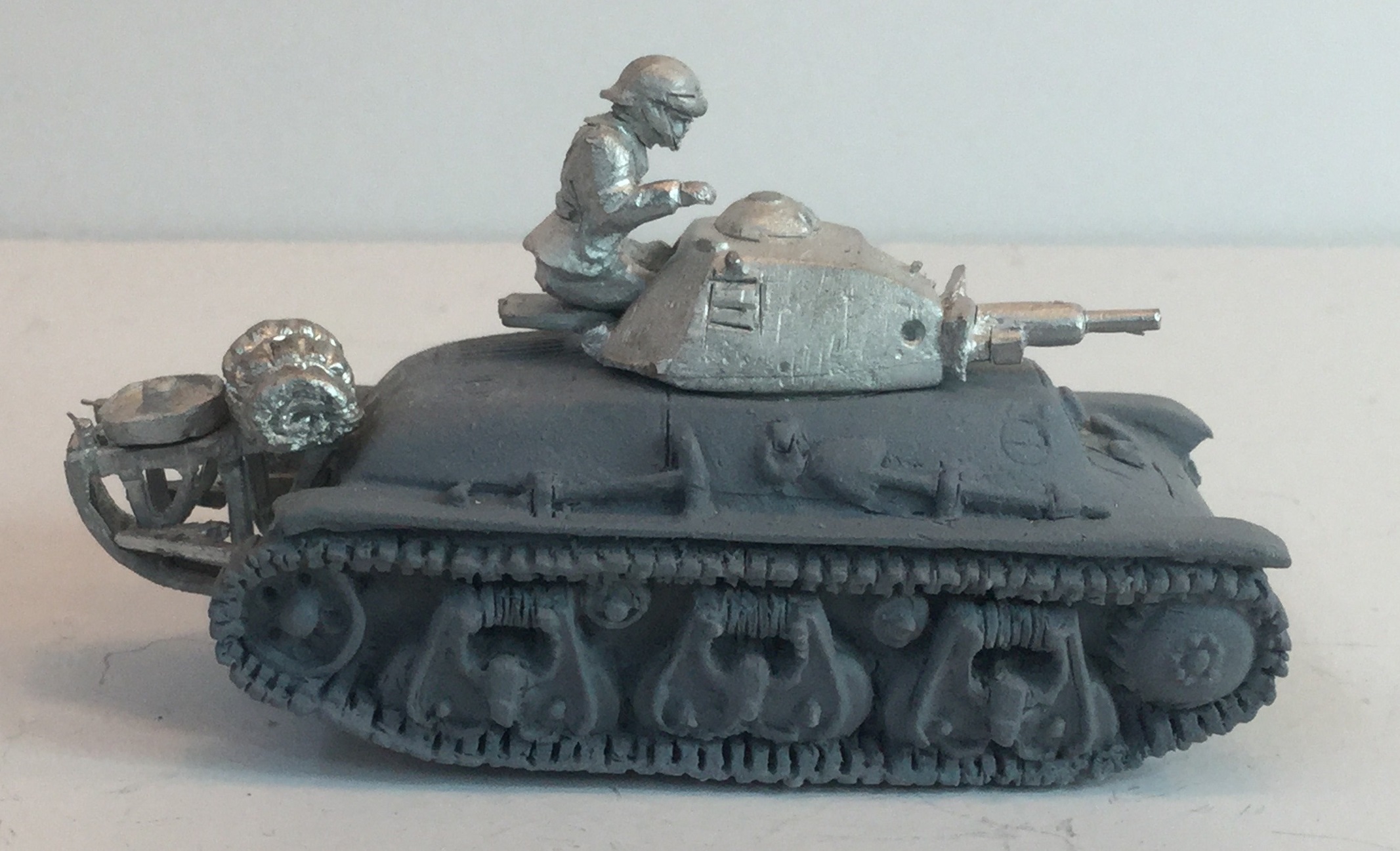 The Hotchkiss H35 was developed by the French in 1933 and entered service in 1936. Initially designed as an infantry tank its all terrain handling was poor and it was rejected by infantry units. However, the H35 was accepted by cavalry units. The H35 had a crew of two, commander and driver. It was armed with the 37mm SA18 gun with 100 rounds and a 7.5mm Reibel machine gun. Later vehicles mounted the longer, more powerful, 37mm SA38 gun.