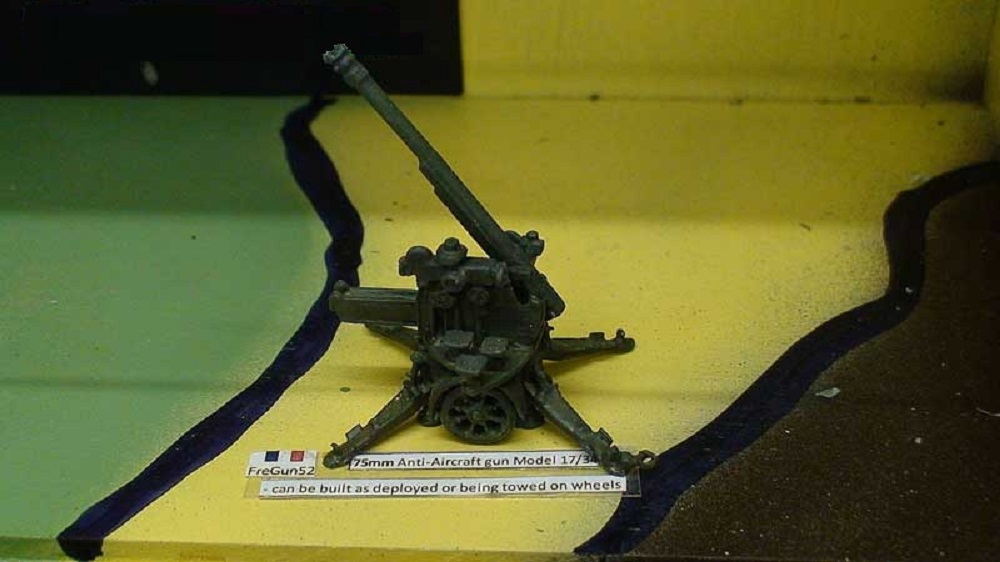 New, sealed unbuilt and unpainted metal model kit. The Canon de 75 contre avion modele 1940 Schneider was a 75mm French AA gun manufactured by Schneider and used during WWII. It was based on the WWI Canon de 75 modele 1897 field gun which had a number of improvised anti aircraft mounts developed.The first ones to be upgraded were located to defend Paris with some mle 1917 guns having their barrels replaced to produce the Canon de 75 Contre AÃ©ronefs mle 17/34. Kit is cast in white metal.