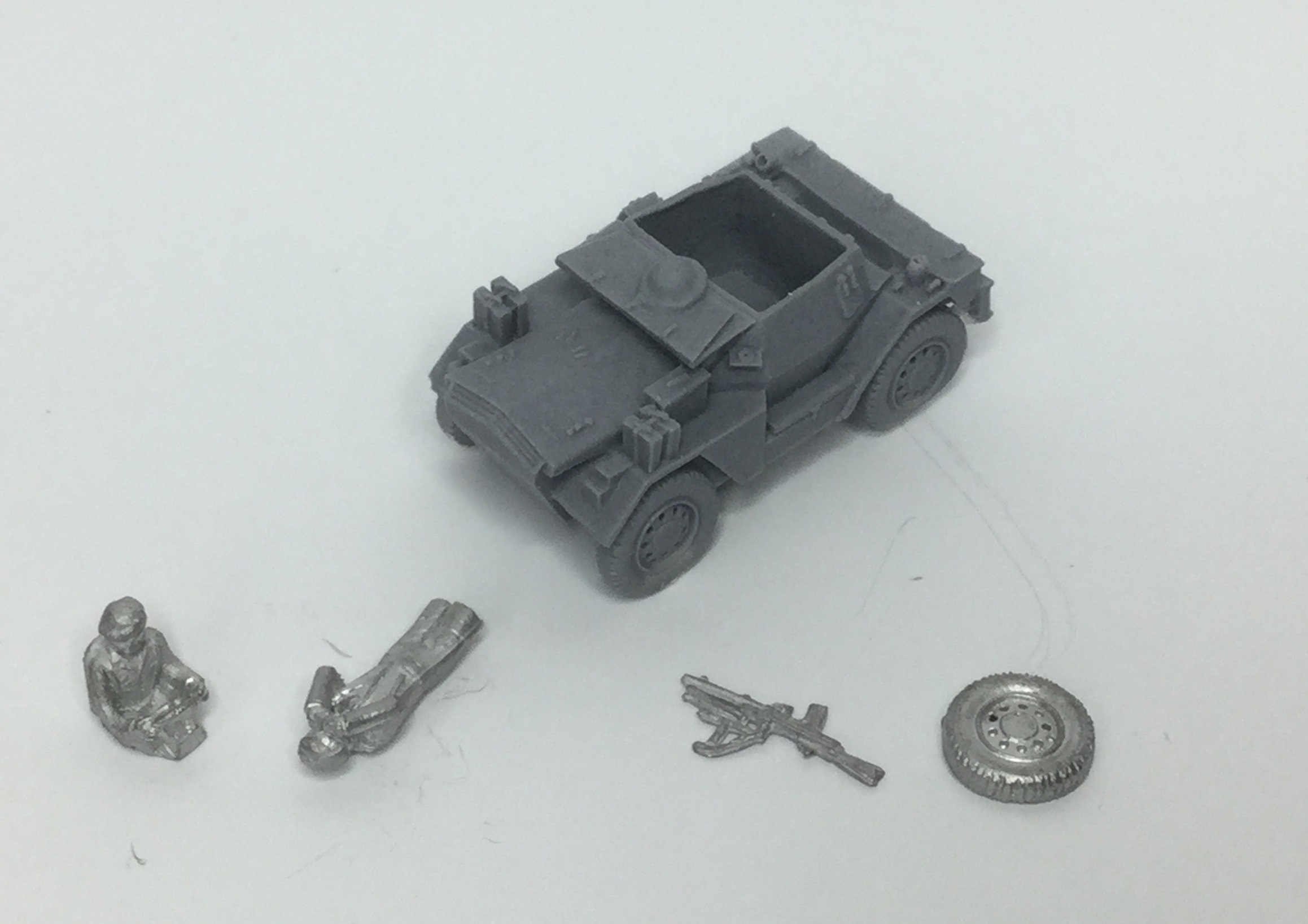 The Daimler Scout Car was known as the Dingo (after the Australian wild dog) and was a British 4WD Scout Car used for reconnaissance and liaison roles. The Dingo had no spare wheel as it had run-on-flat tyres. It was typically armed with a Bren Gun or a Boys Anti-Tank Rifle although in German service this was replaced with a 7.92mm MG34. The kit is a 20mm Ready Made kit with the car cast in a single resin part and 2 additional crew, spare tyre and Bren gun in white metal.