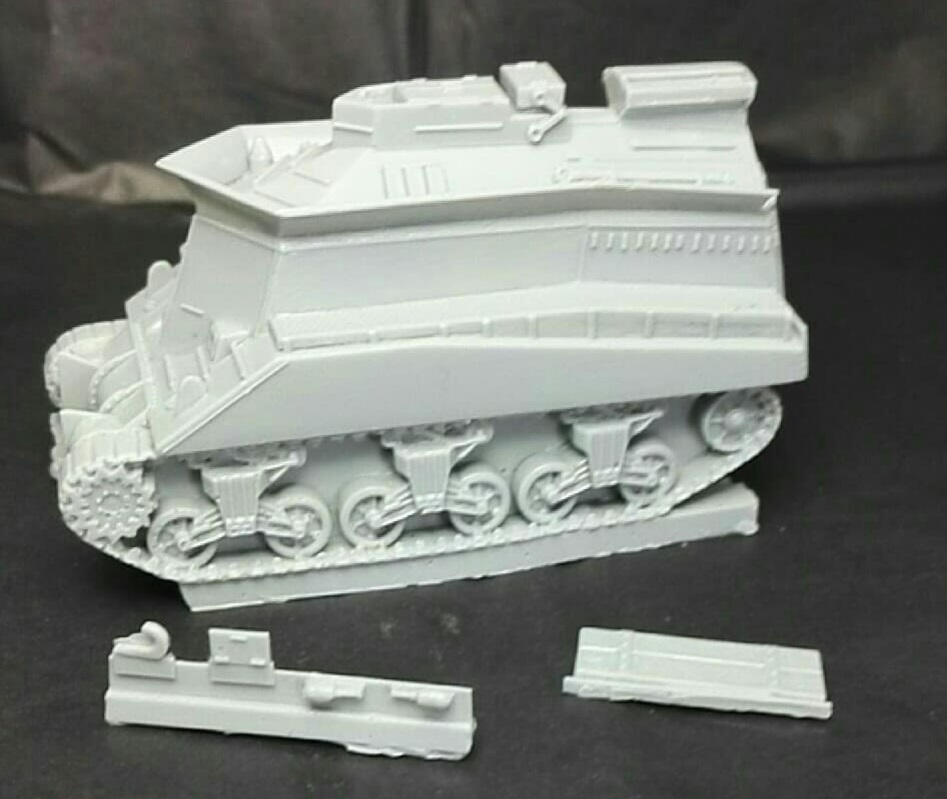 The Sherman BARV was an M4A2 with the turret removed and the vehicle waterproofed and a revised superstructure. It was able to operate in 9ft of water and was used to recover vehicles swamped or broken down as well as refloating smaller landing craft. Around 60 were used as part of the D-Day landings with the crew compliment including a diver who was there to attach towing chains to stranded vehicles. The BARV were operated by REME units. Resin cast kit.