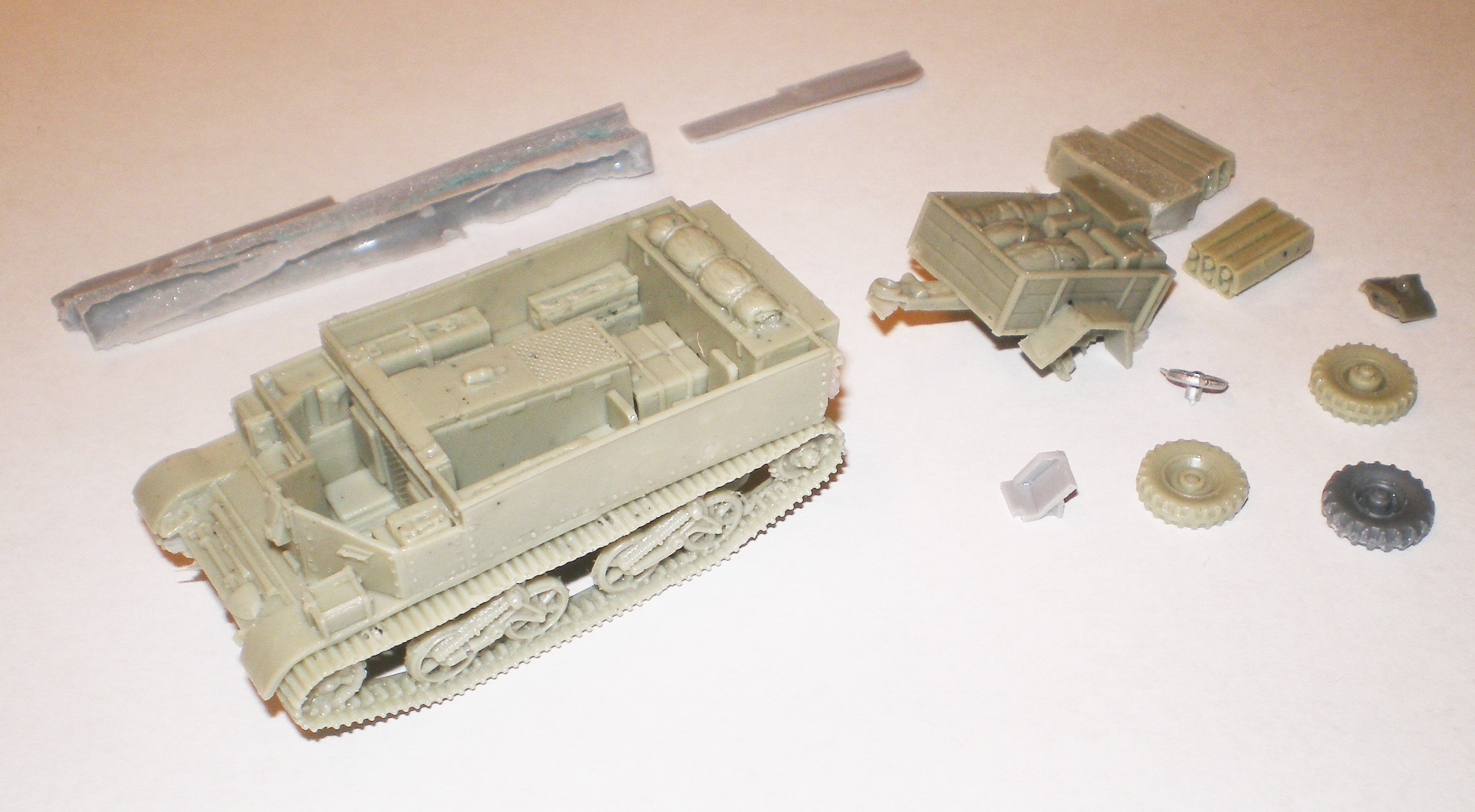 The Windsor Carrier was a late war Canadian variant of the Universal Carrier with an extra bogie wheel to provide greater stability. A single batch of 5,000 were produced between 1944 and 1945 which were shipped to replace combat losses in Europe. The Windsor was longer than the Universal carrier by 11". It was used to tow infantry 6 Pounder Anti tank guns and ammunition trailers providing more space for the gun crew. The kit includes a 10cwt open trailer fully loaded. Resin cast kit.