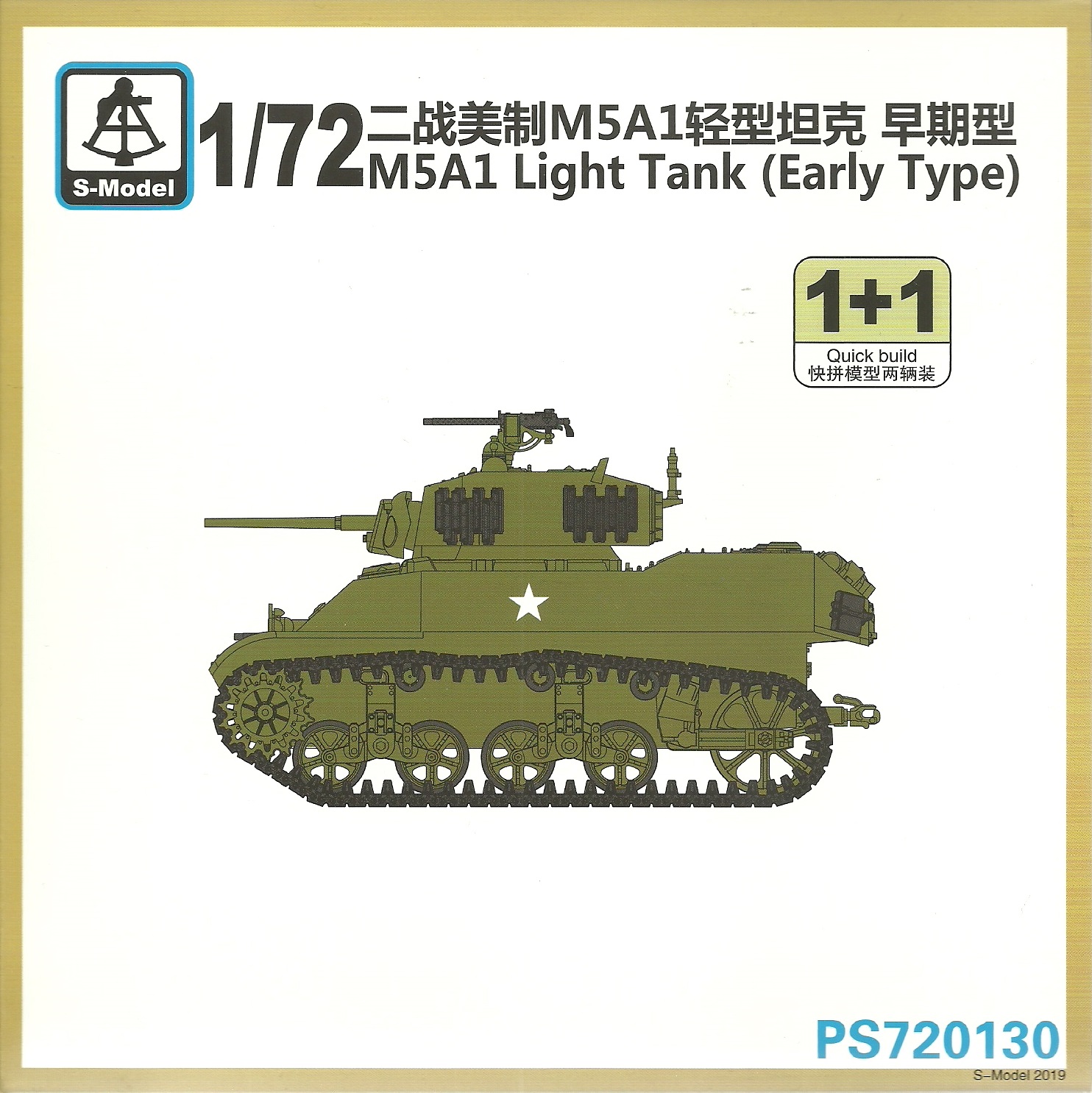 A superb quick build kit of the US M5A1 Stuart Light Tank which includes two vehicles in the box. This kit depicts an early version M5 which was sometimes known as the Stuart VI. The main difference between the M3 and M5 was Twin Cadillac engines, a redesigned hull and a new raised engine deck. The M5 had a M3A1 turret and the M5A1 had and M3A3 turret. The M5 was introduced in 1943. Includes decals & photo etched parts