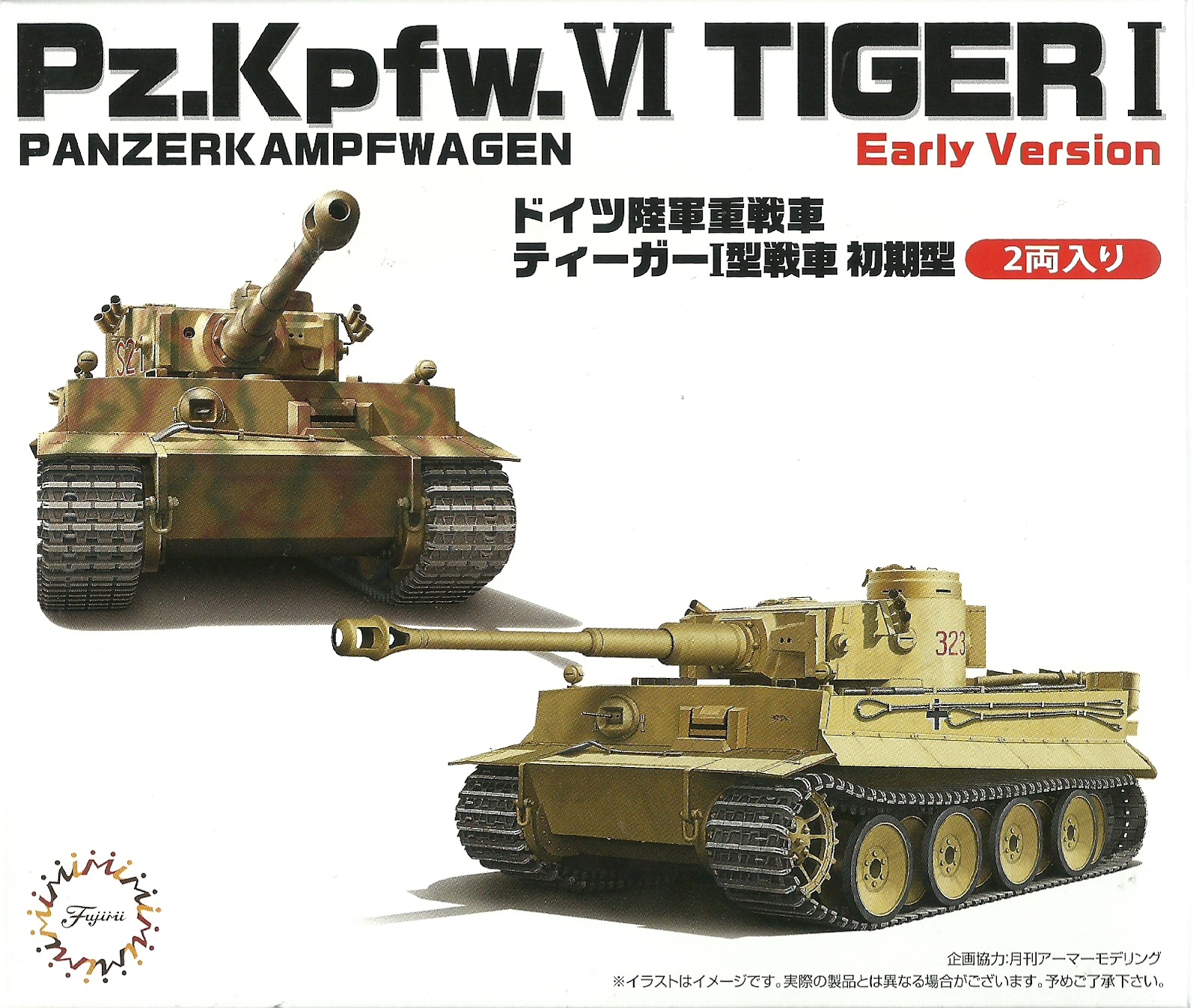 The legendary Tiger I first saw service in 1942 in North Africa and at the same time on the Russian Front. With the powerful 88mm it became a legend amongst the enemy including in Normandy where every tank sighted was thought to be a Tiger. It showed what it was capable of in 1944 in Villers Bocage when a lone Tiger in the hands of Michael Whittmann virtually singlehandedly stopped the British 7th Armoured Division in its tracks. This box provides parts for two Tiger I including Whittmann's