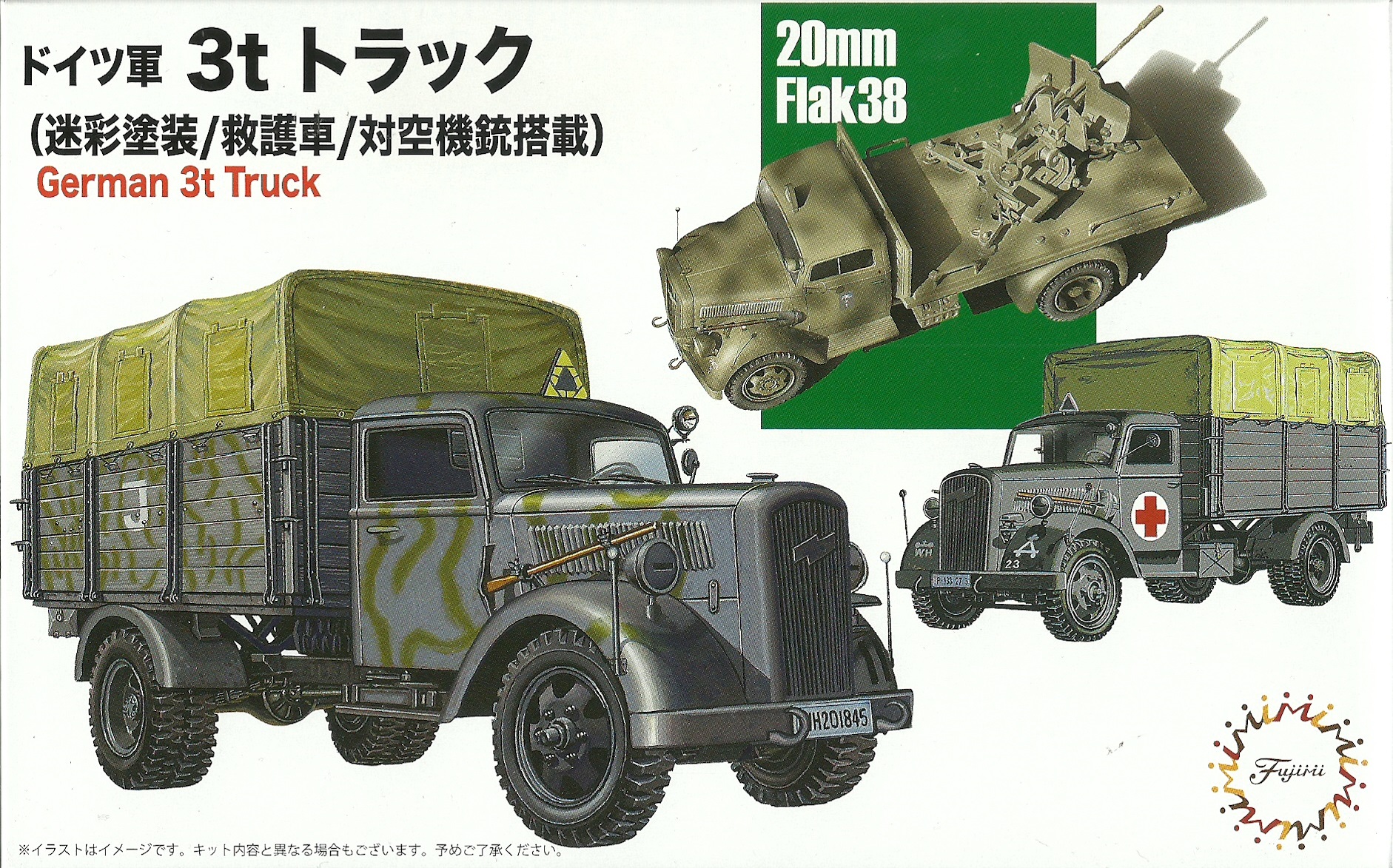 The Opel Blitz 3ton truck was one of the most widely used vehicles in the German armed forces during WWII. Built by the General Motors Opel factory in Brandenburg from 1938 and Daimler Benz from 1944, the four wheel drive Opel Blitz was found to be so reliable that more than 100 different body types were officially recorded as being mounted on the chassis. This kit provides two of these body variants, the cargo truck and a flak truck mounting a 20mm Flak38 anti aircraft gun on a rear flatbed.