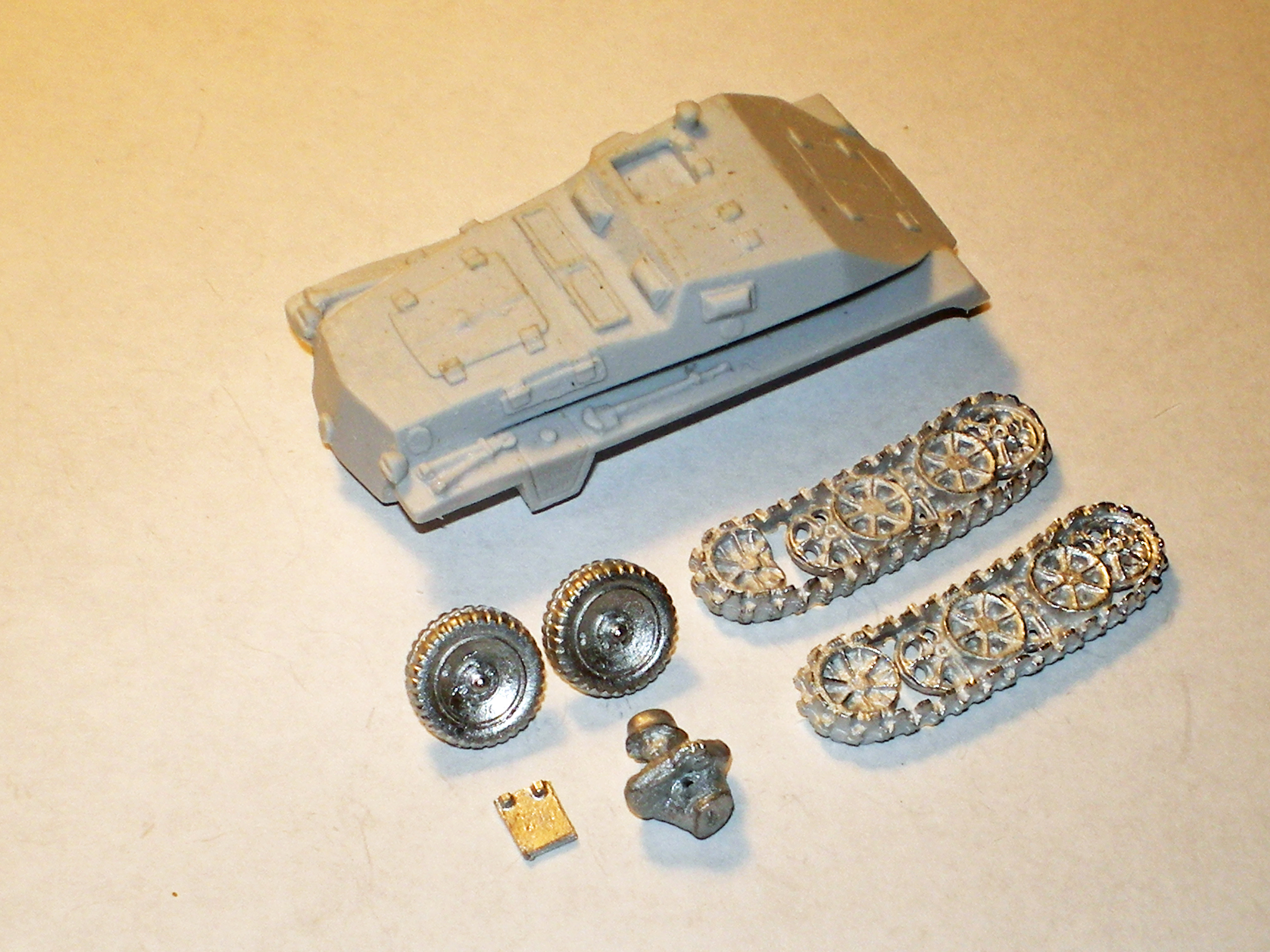 The Sd Kfz 252 was a fully enclosed armoured half track used as an ammunition carrier to accompany assault guns and mechanised infantry. The initial design of the 252 utilised multi faced armour which gave good protection against small arms fire. However, this design was simplified to speed up and reduce production costs. The armour protection was limited and the 252 was vulnerable to heavy machine gun, anti tank and tank fire even at long range.