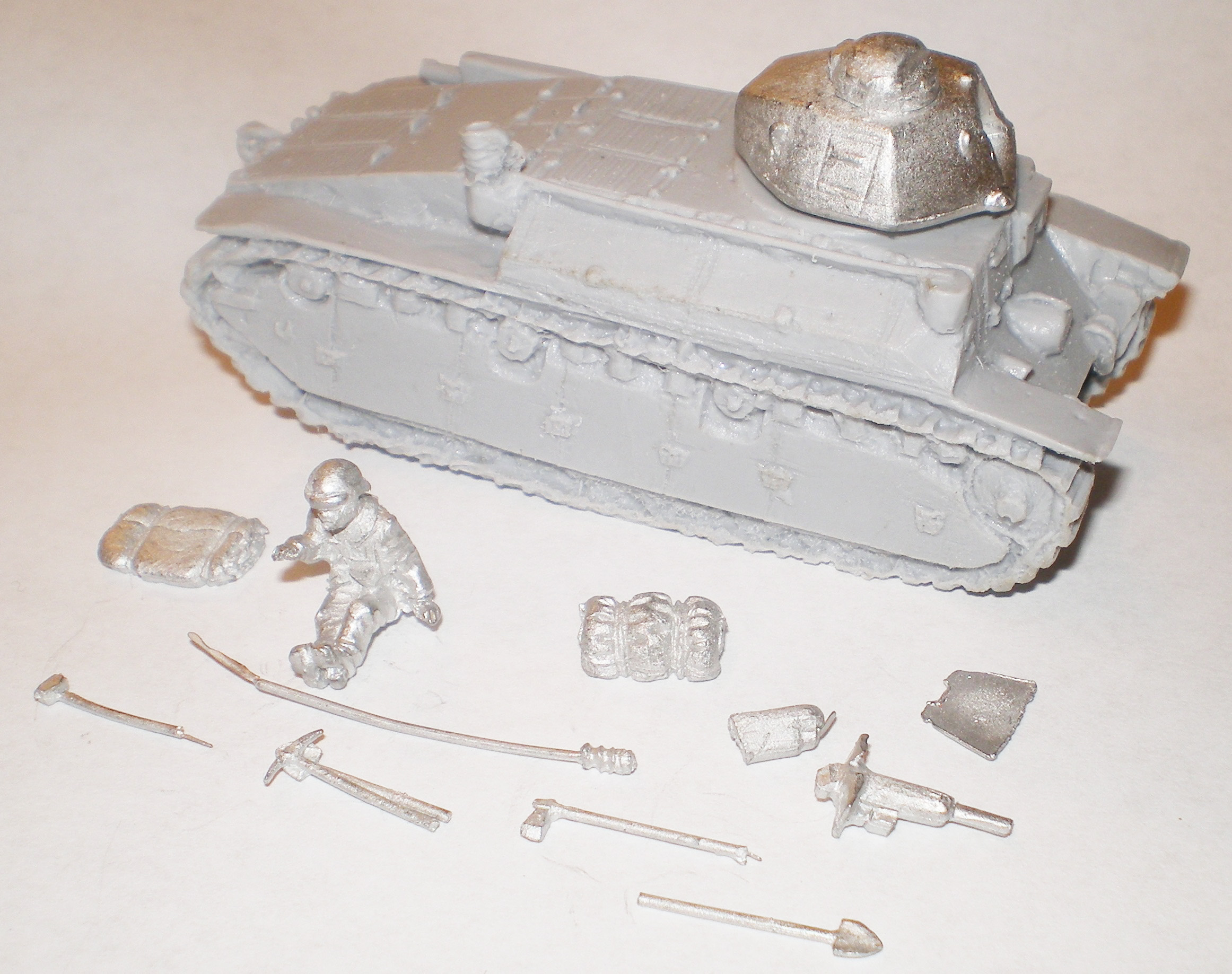 New, sealed, unbuilt and unpainted model kit. At the same time the D1 was ordered, the D2 was requested as a more suitable tank. Early prototypes had the Renault FT-17 turret but the production version had the APX-1 turret with a 47mm gun and 7.5mm Coaxial MG and a 7.5mm hull MG. From March 1940 a more powerful SA35 47mm gun was used. This kit depicts a Command version of the Char D2. Only 100 were ever produced being superseded by the Char B1.