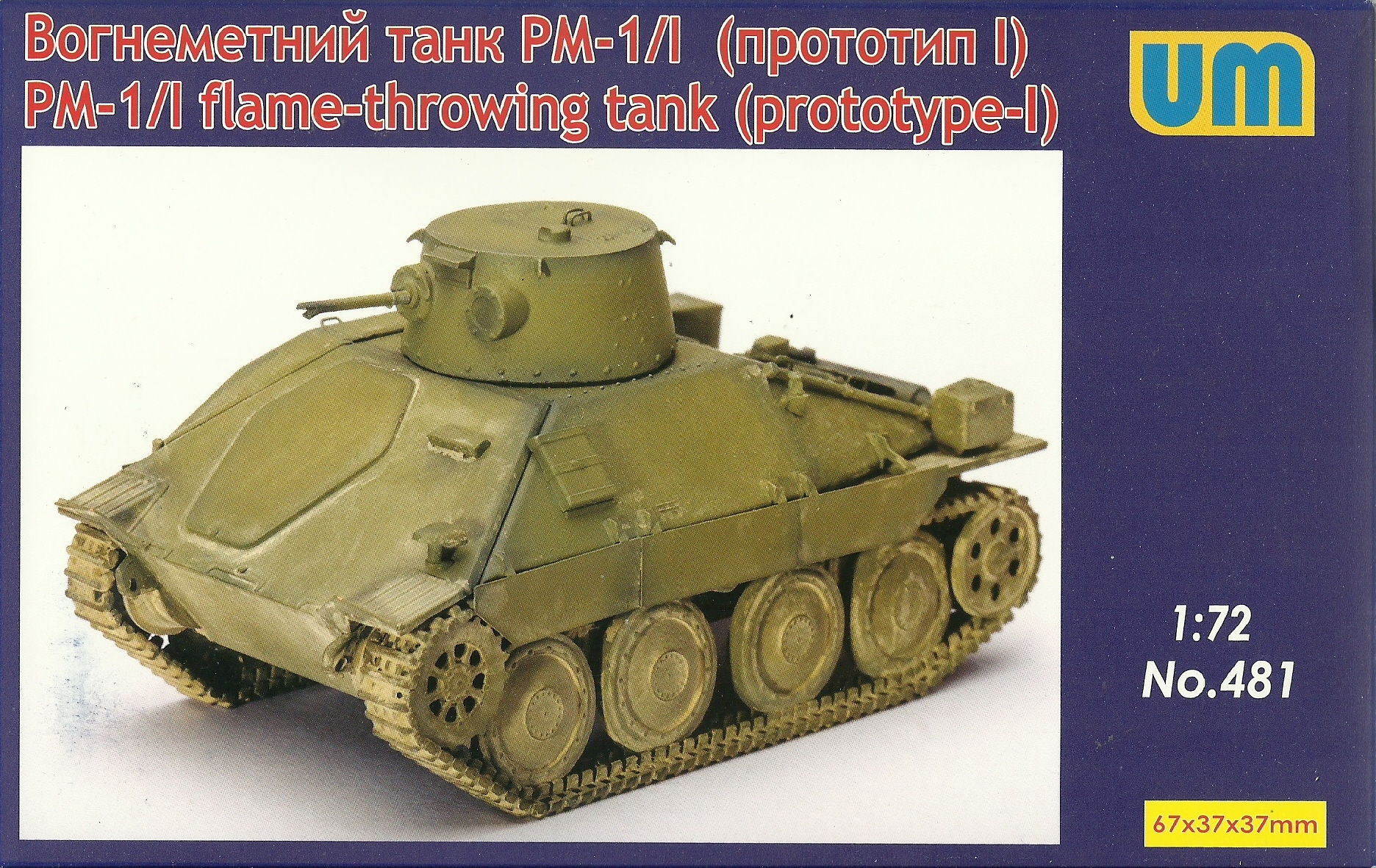 The PM-1/I was a Czech prototype flamethrower tank based on the Hetzer chassis developed in the early 1950s. The 75mm main gun was removed and the emrasure was welded up with an armoured plate. A turret was mounted with mantlets for both a 7.62mm DT machine gun and the Flammenwerfer 41. There were three 1,000 litre tanks containing the flame mixture fitted in the fighting compartment which resulted in a reduction of crew from 3 to 2. The programme was cancelled in 1955.