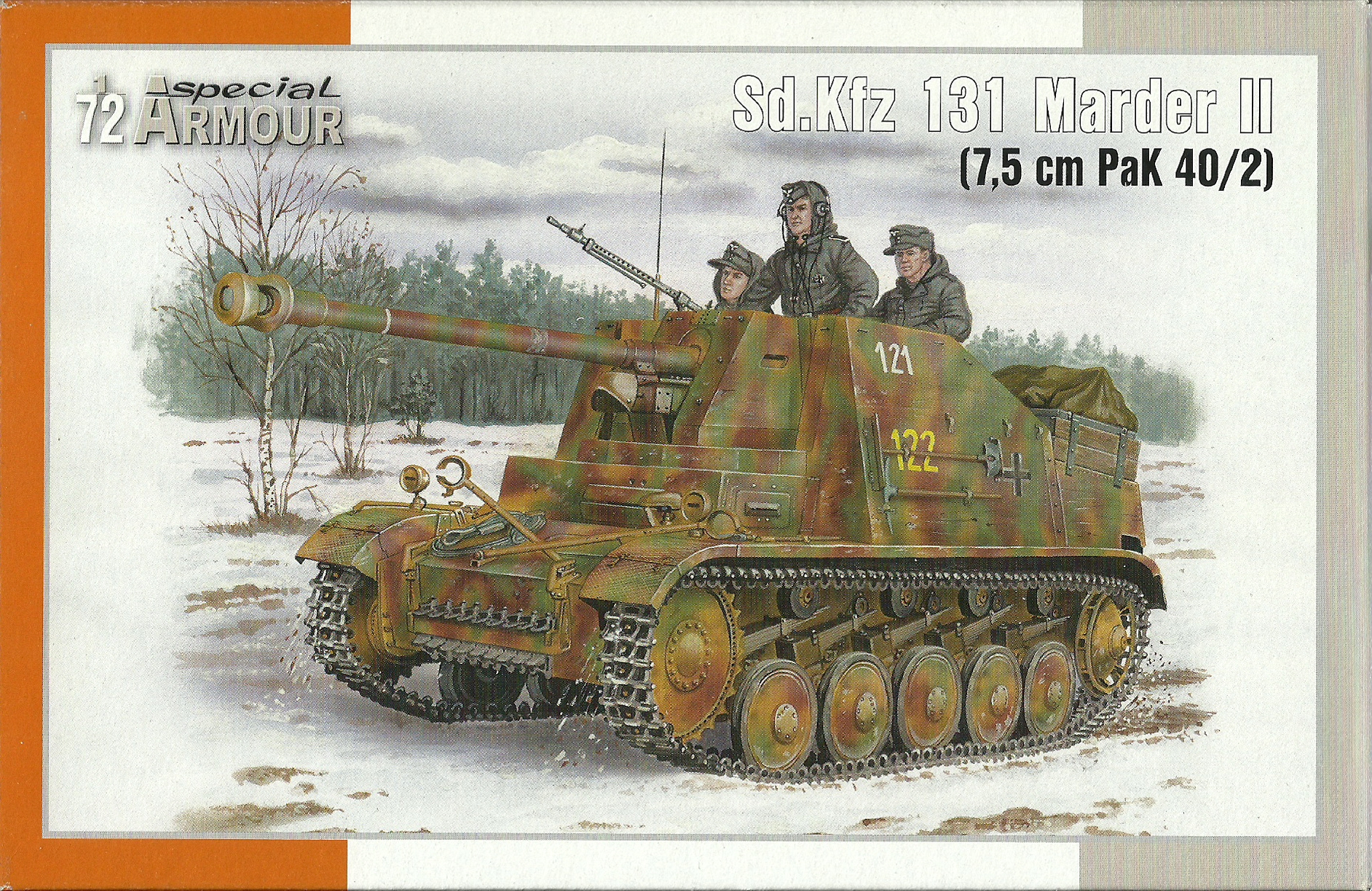 The second of the Panzers, the Pz Kpfw II was designed in the early 1930s. Following its use during the early years of WWII, the obsolete chassis of Ausf A to Ausf C were converted to mount the 75mm Pak40 anti tank gun. The Marder II was produced by FAMO, MAN and Daimler-Benz with 576 produced between June 1942 and mid 1943. The conversion added a open topped fighting compartment to the hull and a 75mm Pak40 was mounted. Marder II were allocated to Panzerjaeger detachments from July 1942.