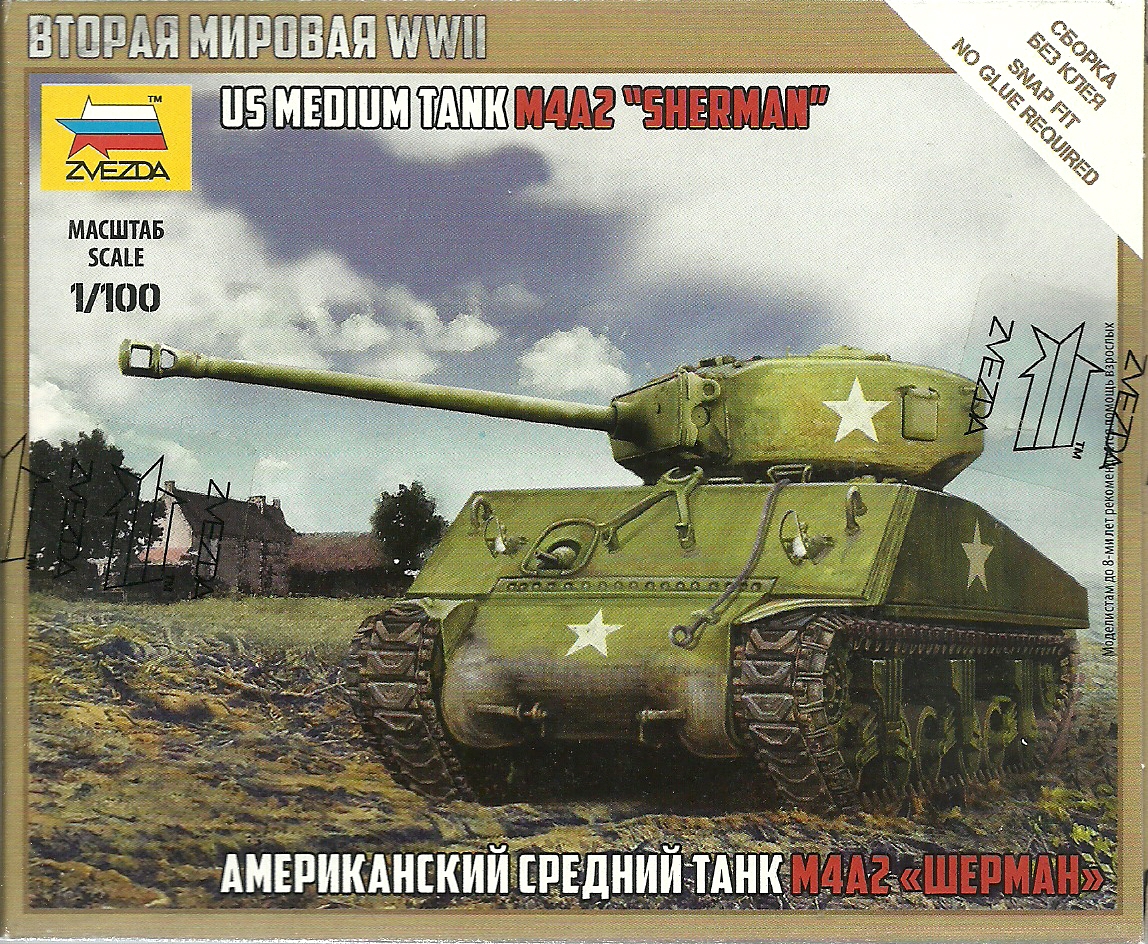 The M4A2 was the basic Sherman with a welded hull and a 75mm M3 gun and unlike the ealier gasoline powered M4A1, the M4A2 had a diesel engine. Later M4A2 were up gunned with the higher velocity 76mm and more were armed with a 105mm to provide close support for the infantry. M4A2 were supplied to the Russians, British, French and Polish Army. The American Army did not use the M4A2 although they did see service with the US Marine Corp in the Far East.