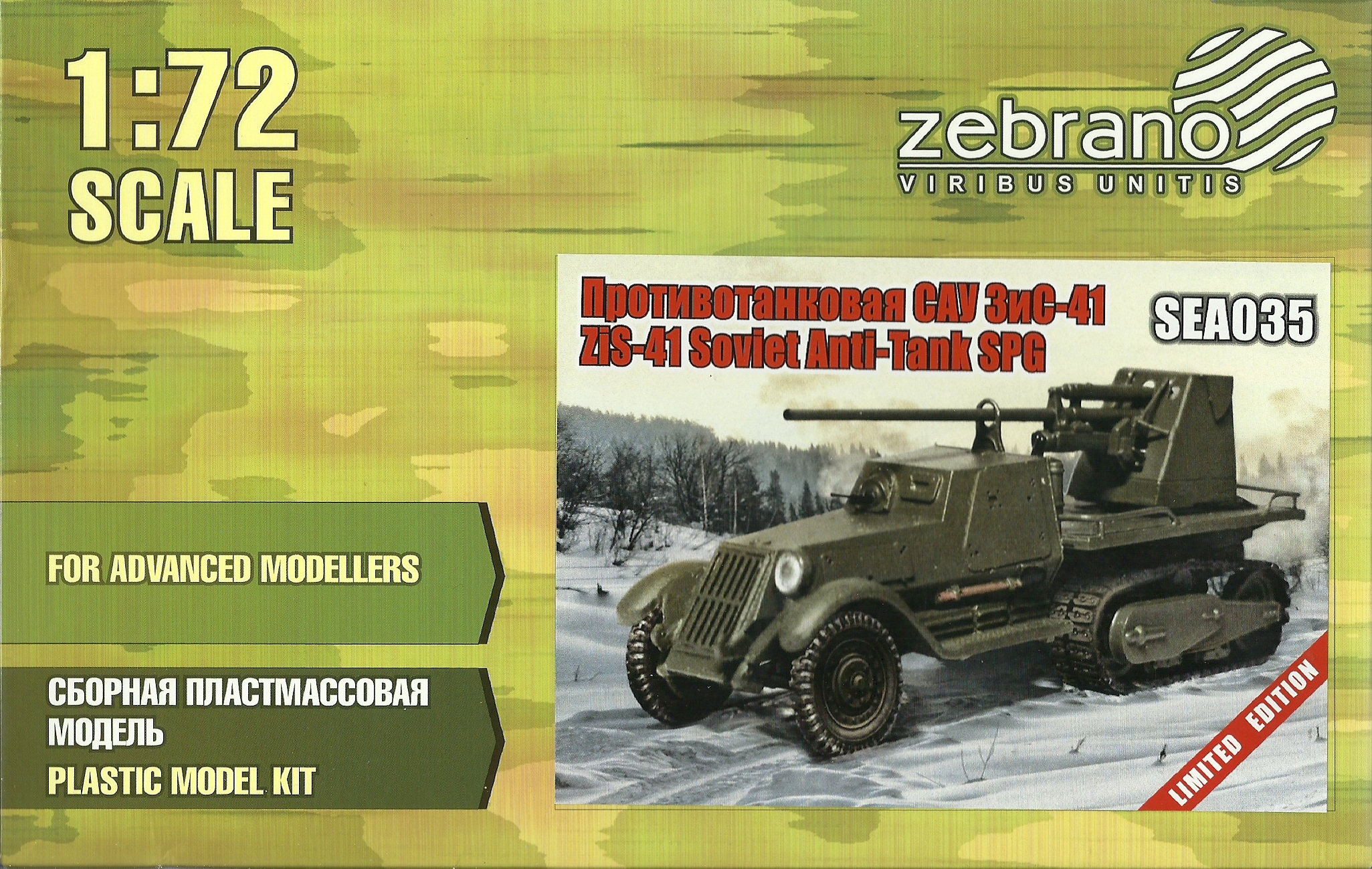 The ZIS-41 was an experimental self propelled anti tank gun based on the ZIS-22M half track chassis which in turn was based on the ZIS-5 truck chassis. The ZIS-41 mounted a 57mm ZIS-2 anti tank gun on the rear bed of the vehicle as well as a 7.62mm DT machine gun as a secondary armament. It also carried 100 rounds of ammunition. Tests were disappointing and further development of the ZIS-41 was stopped although the ZIS-41 chassis were used as ammunition carriers for the M-30 howitzer. Include