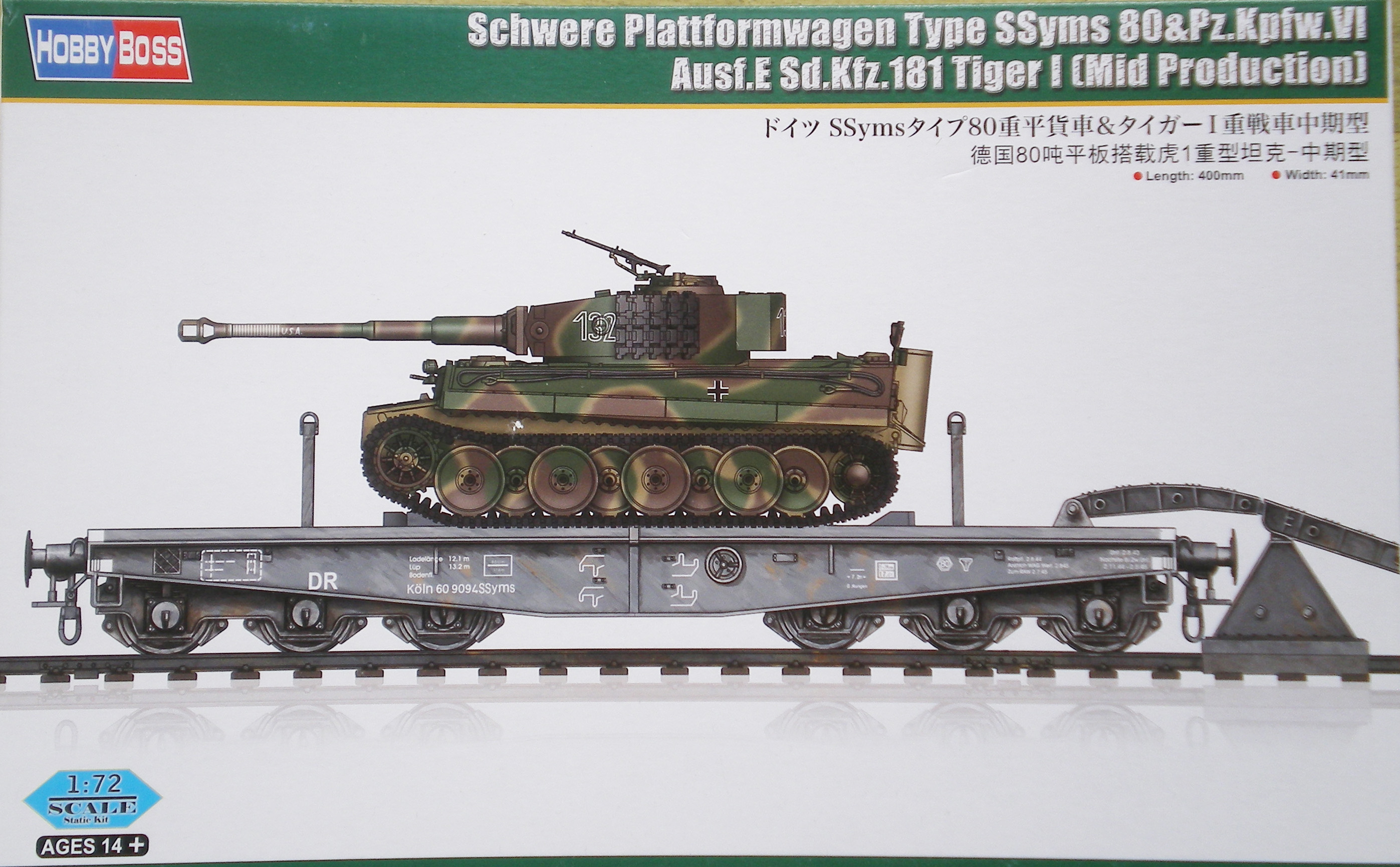 The Schwere Plattformwagen Type SSyms 80 was a flat bed rail wagon capable of transporting the 54 ton Pz Kpfw VI Tiger I Ausf E. The wagon included a ramp section to allow the vehicle to be driven onto the wagon end-on from the railtracks rather than having to mount from a station or siding platform. The legendary Tiger I first saw service in 1942 in North Africa and at the same time on the Russian Front. With the fearsome 88mm it became a legend amongst the enemy,