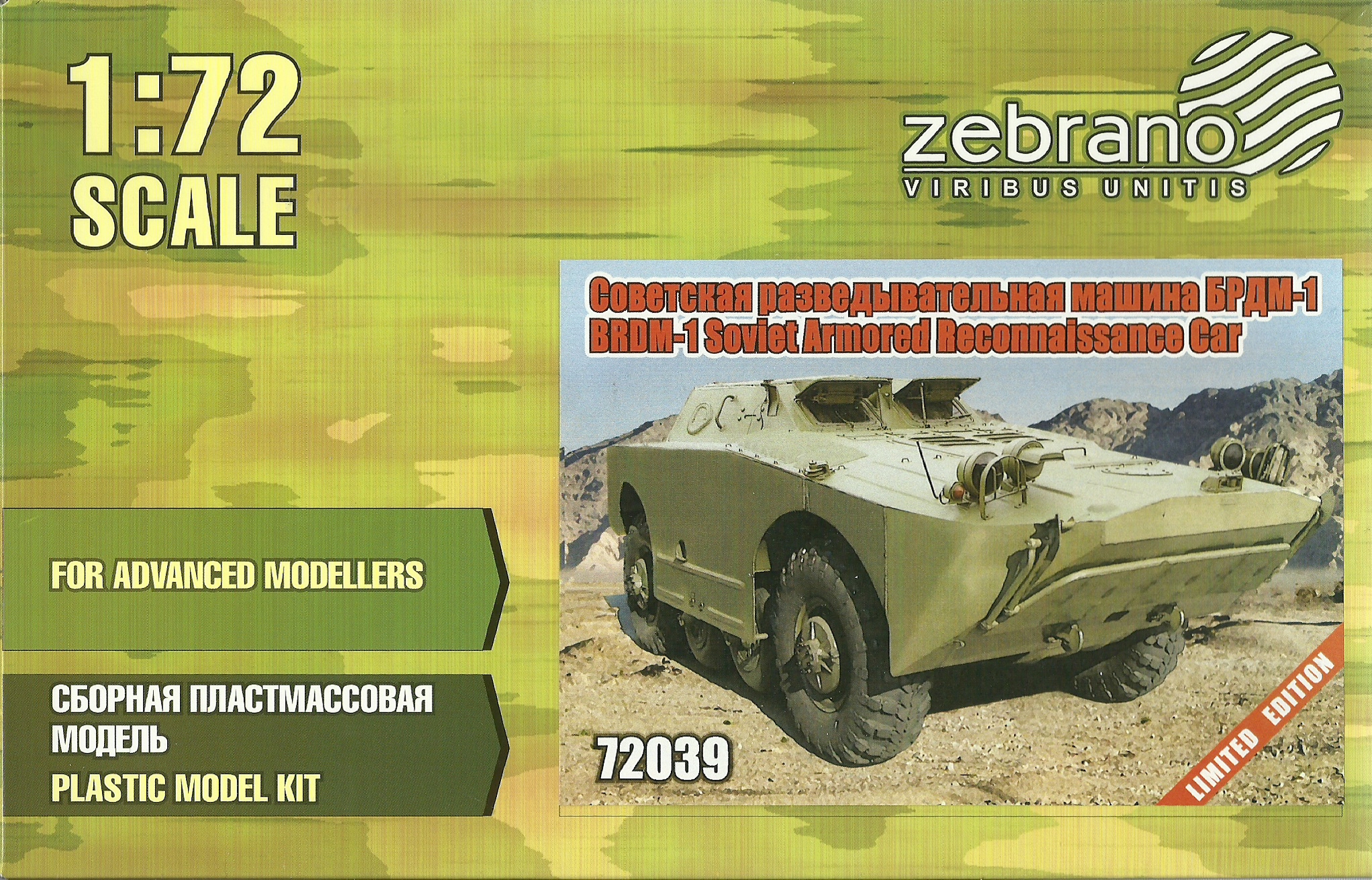 The BRDM-1 is a Soviet amphibious armoured scout car build on the BTR-40 chassis and which was produced between 1957 and 1966.The BRDM-1 featured additional wheels which could be lowered to provide additional traction in poor terrain. Initially the BRDM-1 had no armament although by 1959 they were normally armed with 7.62mm SGMB machine gun mounted in the front hull. Later the 12.7mm DShK 1938/46 heavy machine gun or 14.5mm KPV heavy machine gun were used.